2001 – Started my first company, A Mass Uniform, sold in shops all over Sweden. The concept was an everyday uniform with jeans, jackets, knitted cardigans – all produced in Estonia. Communication with the factory was mostly by fax and my top sellers were poplin jackets and wool cardigans.

2003 – Did an internship at Whyred, Stockholm, working closely with Roland Hjort.

2004 – Started working as a designer at H&M in Stockholm.

2005 – Was recruited to Melon Fashion Group in St Petersburg, Russia to work as a buyer, was promoted to Brand Manager of Zarina. Successfully transferred 50% of Zarina’s production from Russia to China, Turkey and India to expand the collection with jeans, knitwear and beaded items.

2010 – Hotel Katerina Park opened, I was responsible for the operations for 3 years. We were top rated on Tripadvisor for 4 months, Jones Lang LaSalle named us most efficient management company in Moscow. We were the first Russian company to implemented Serviator, an iPad based Back of House management system. Katerina Park was sold in 2015.

2013 – Arranged Circus party with husband and sister, performed an aerial hoop performance (video) with my sister.

2014 – My company Katerina.ru Meal Kits was chosen to take part in the Startup Accelerator GVA.

2014 – Was elected to participate in the Vital Voices Global Ambassadors Program, in Warsaw, Poland. It was a pivotal experience.

2016 – September to November, launched 3 podcasts, one of them, Snacka Sverige – a podcast where I interview newly arrived people to Sweden, was featured on Nyhetsmorgon, the largest morning TV show.

2018 – Joined Suvie.com as VP of Operations in November.

I am passionate about disruptive technologies and operational efficiency. Doer with a love of spreadsheets and team work. Fluent in English, Russian and Swedish, and not so fluent in French. Workaholic, triathlete, yoga lover, mom of 3 boys, married to Carl Cronstedt. 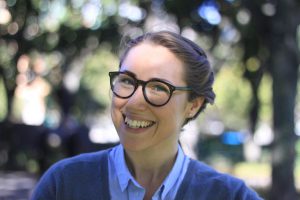